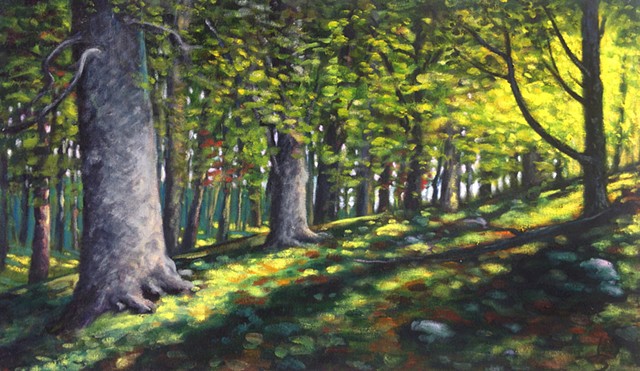 I have been tramping through woods and looking at things for months but my studio has been quiet. This is one of the few paintings that I have produced this year and it has been a battle all the way. I have worked and re-worked this image for months, both in palette knife and brush, though the brush won out in the end. It is of a hilltop in some nearby woods that I had never made it to until recently and it seemed like a good idea to honor that with a painting. The slanting sun broke through a spot where a tree had fallen and made room for this kind of light. I was captivated by the idea of getting at that feeling, and found out that a simple effect was much more complicated that a solid composition. A long format seemed right to use the light as it reached across the woods.