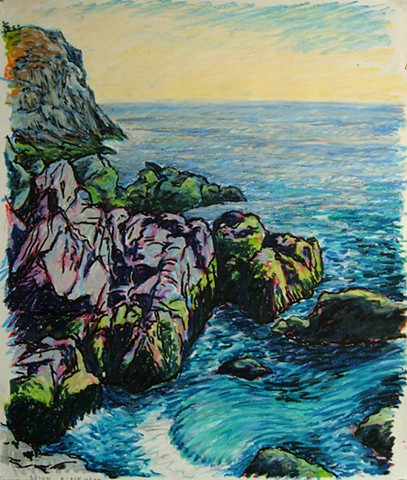 This is a spot below Black Head (Monhegan) that I set up to paint one morning. It was my first stop of the day and I climbed my way down the rocks as far as I could and set up my easel. I sketched the view out after trying several spots and came up with this. There was water coming in and out below me and changing constantly. But as a landscape painter I worked on the rocks, the sky and the cliff first, leaving the water for later. After pulling together most of the rest of the image I took a long break and watched the water move in and out. I decided on a particular point in its motion and set to drawing it a little at a time, as that point came around again and again. Rare are mornings that get better than that.