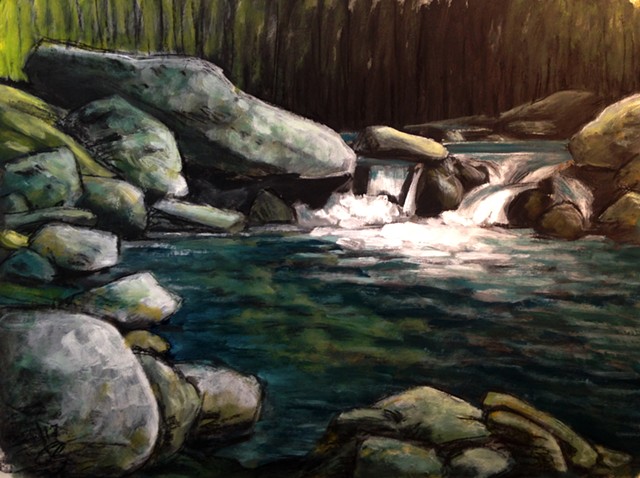 On a recent trip to Tate City I took several pictures, drew a few sketches, and noticed that some of my old haunts had really changed. Some of my landmark boulders had moved and I couldn't find certain places that I knew well, had painted several times, and was sure I was in the right place to see. This spot was one of them. There was a particular rock missing but I got into sketching the sweep of the river, and the light as it touched a few small places. I worked on this painting in a new way, it is a large oil on paper that I began as a sketch. I laid out the composition in monochrome to get the light right, then drew into it with charcoal and conte, glazed in some color, and drew some more. It kept going until I realized it was a finished piece all on its own.